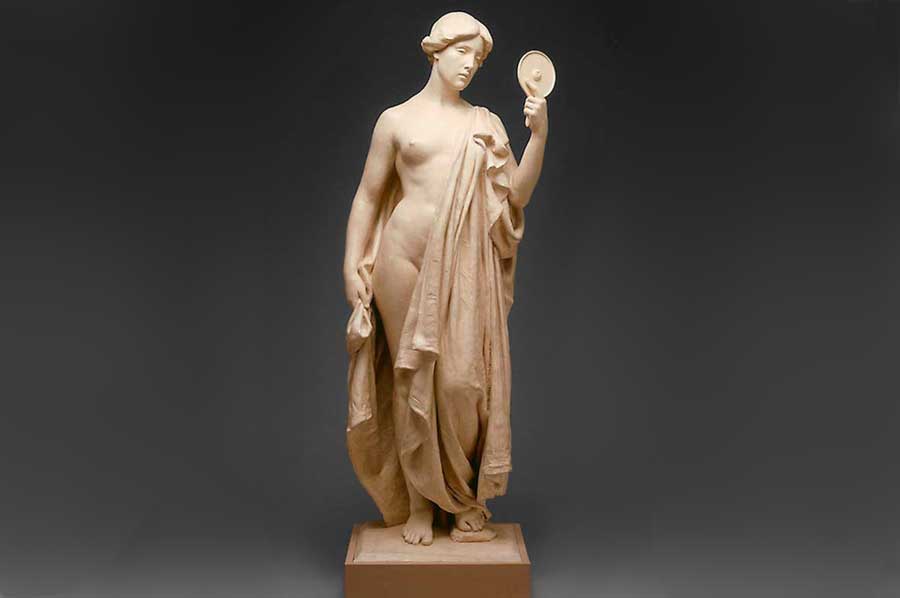 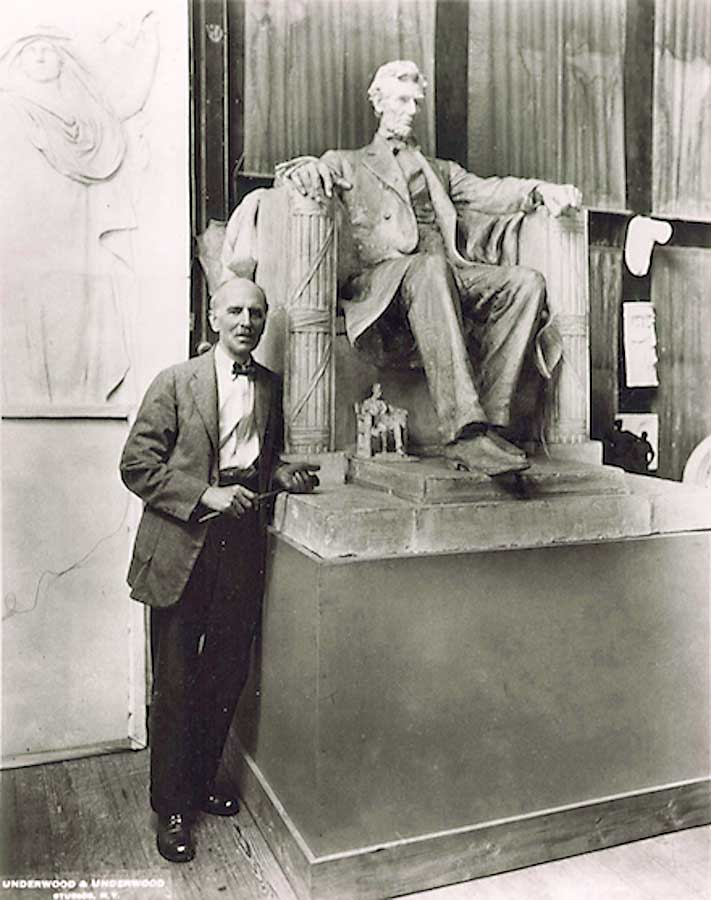 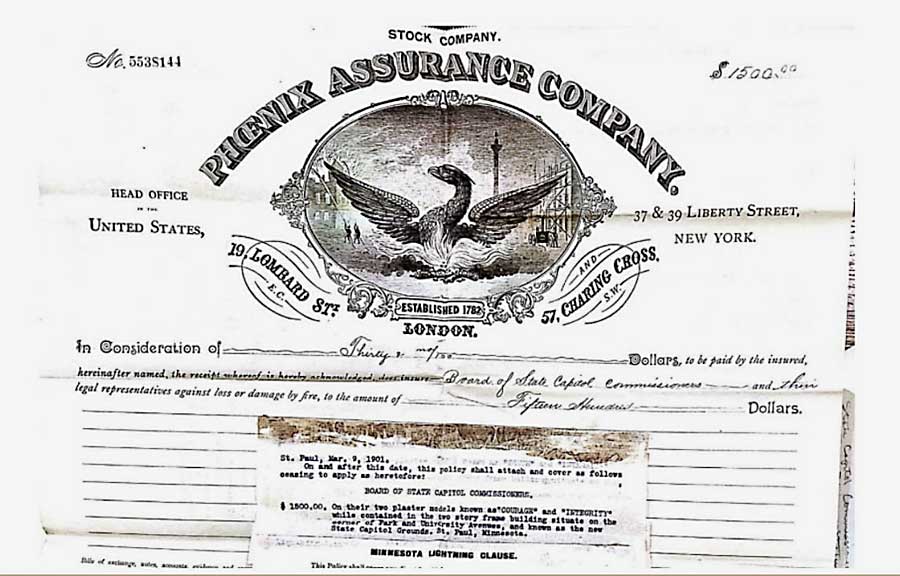 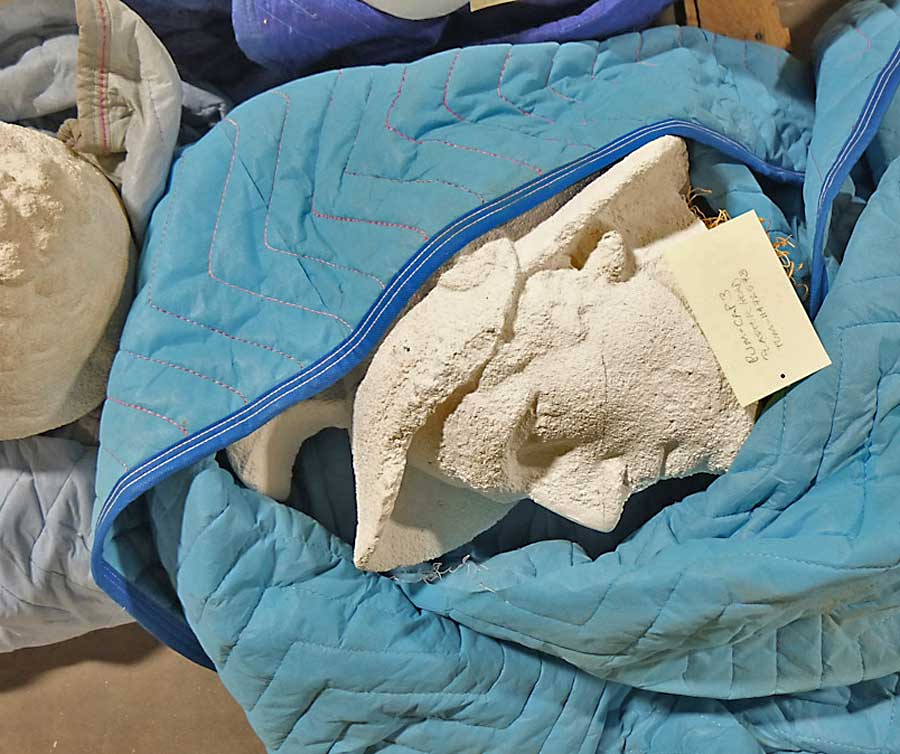 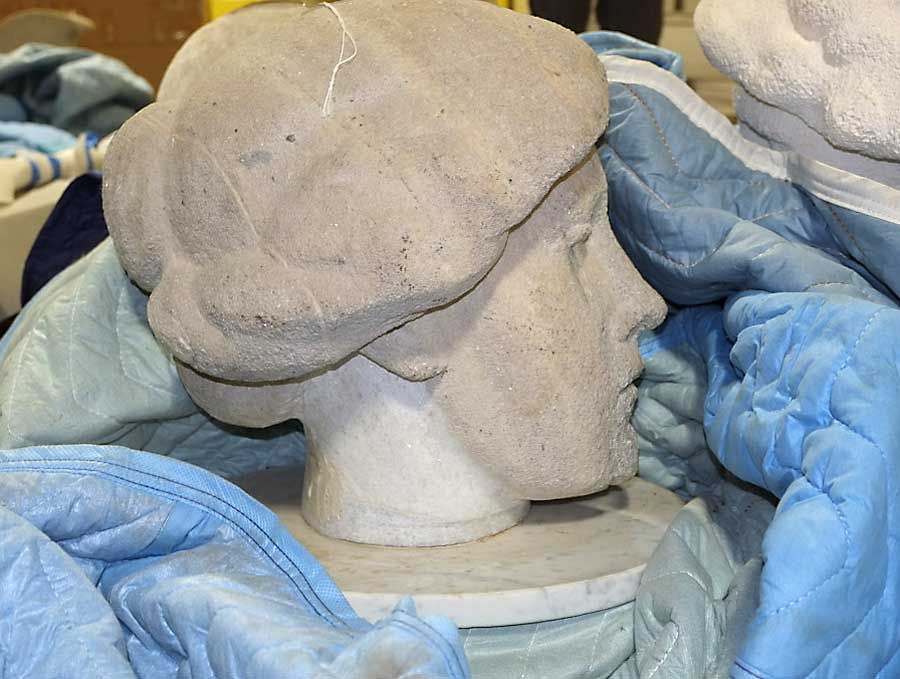 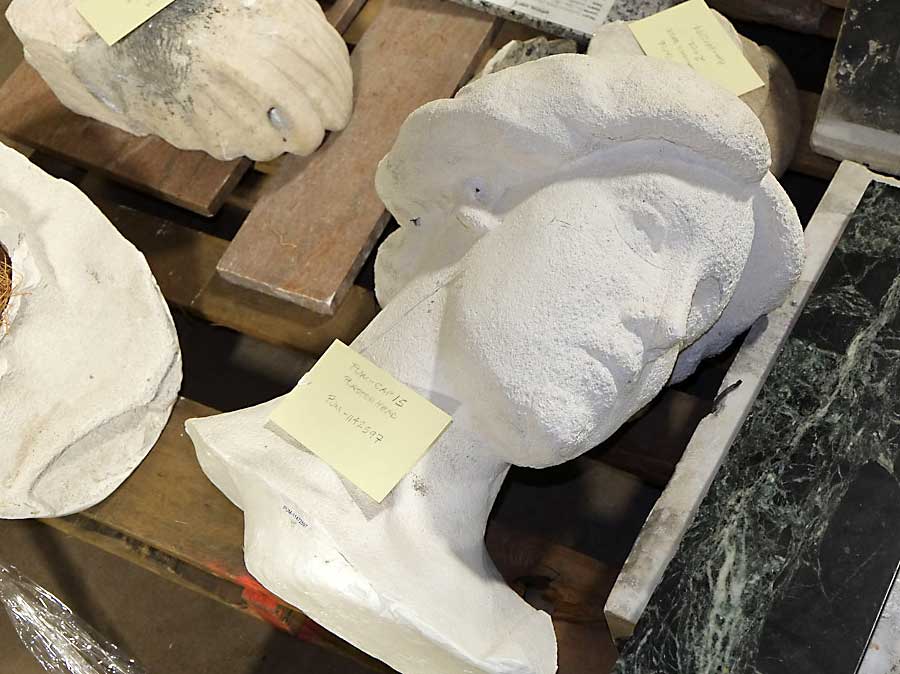 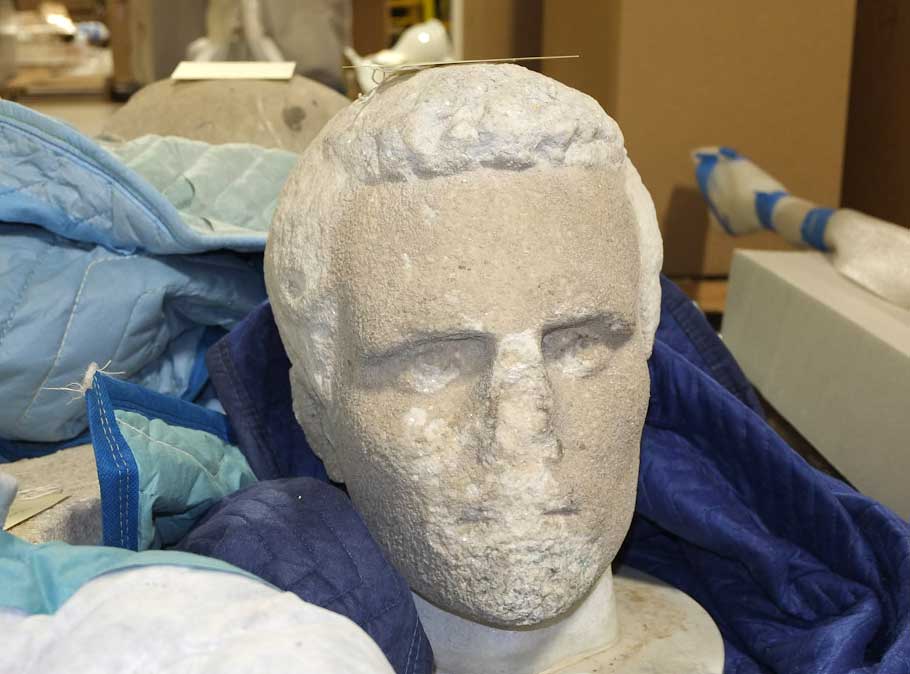 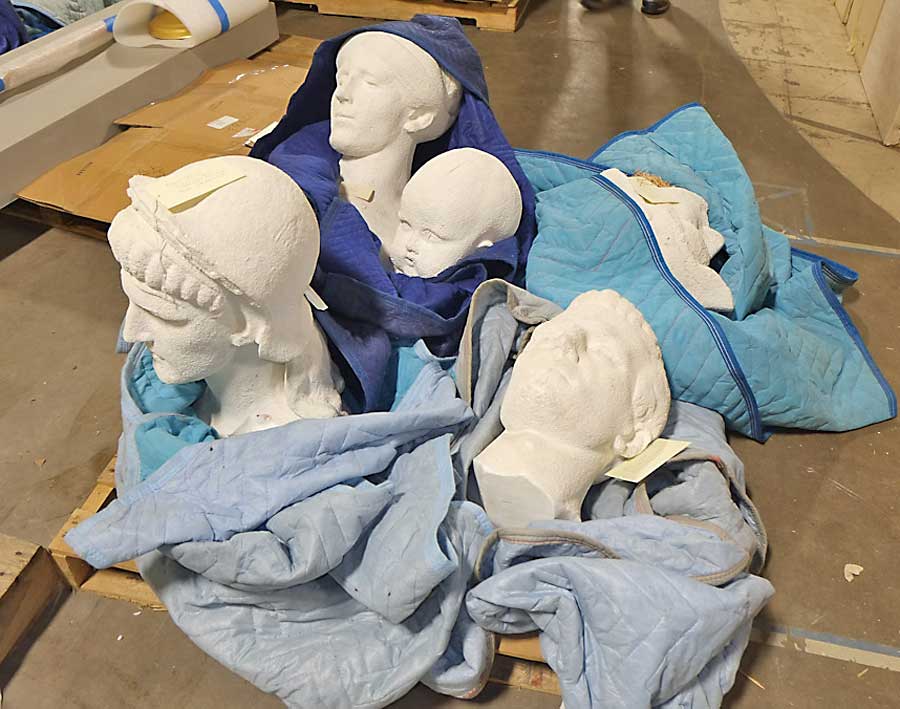 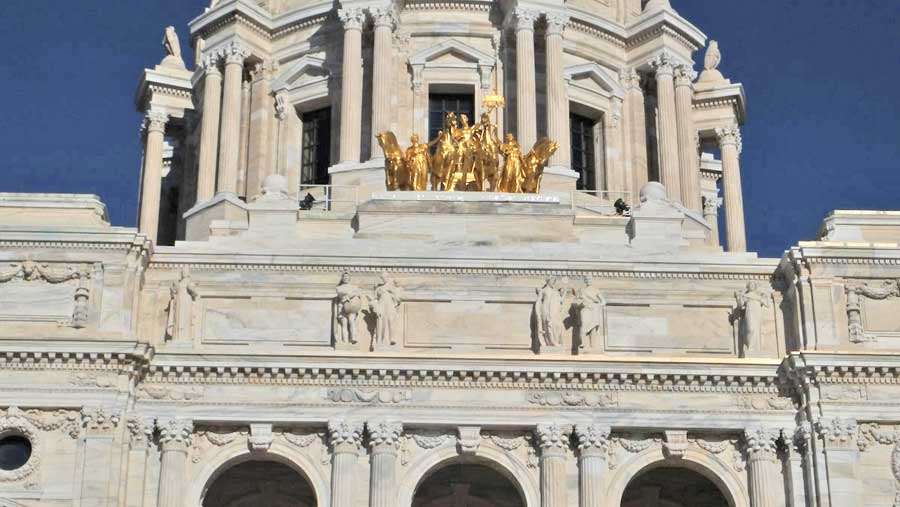 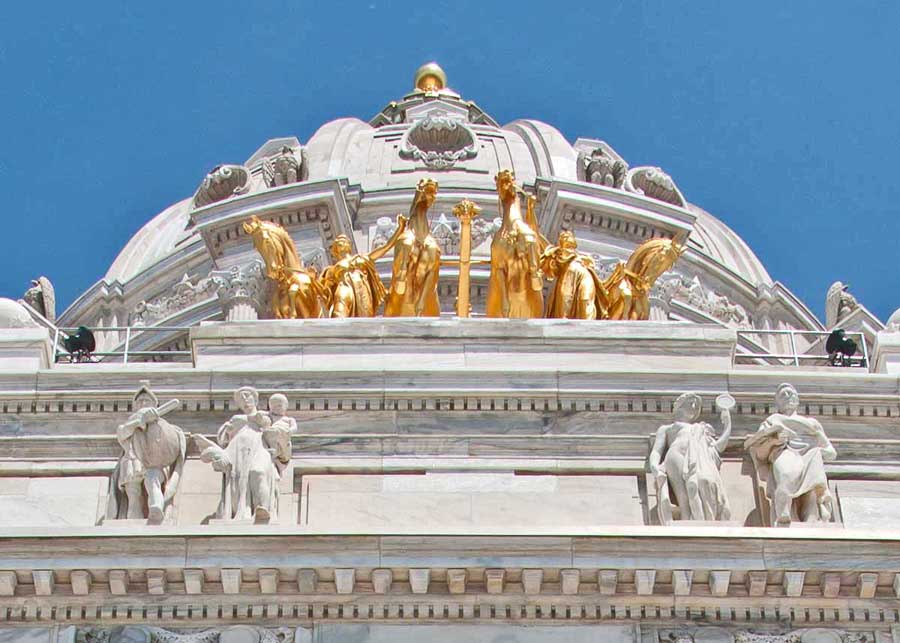 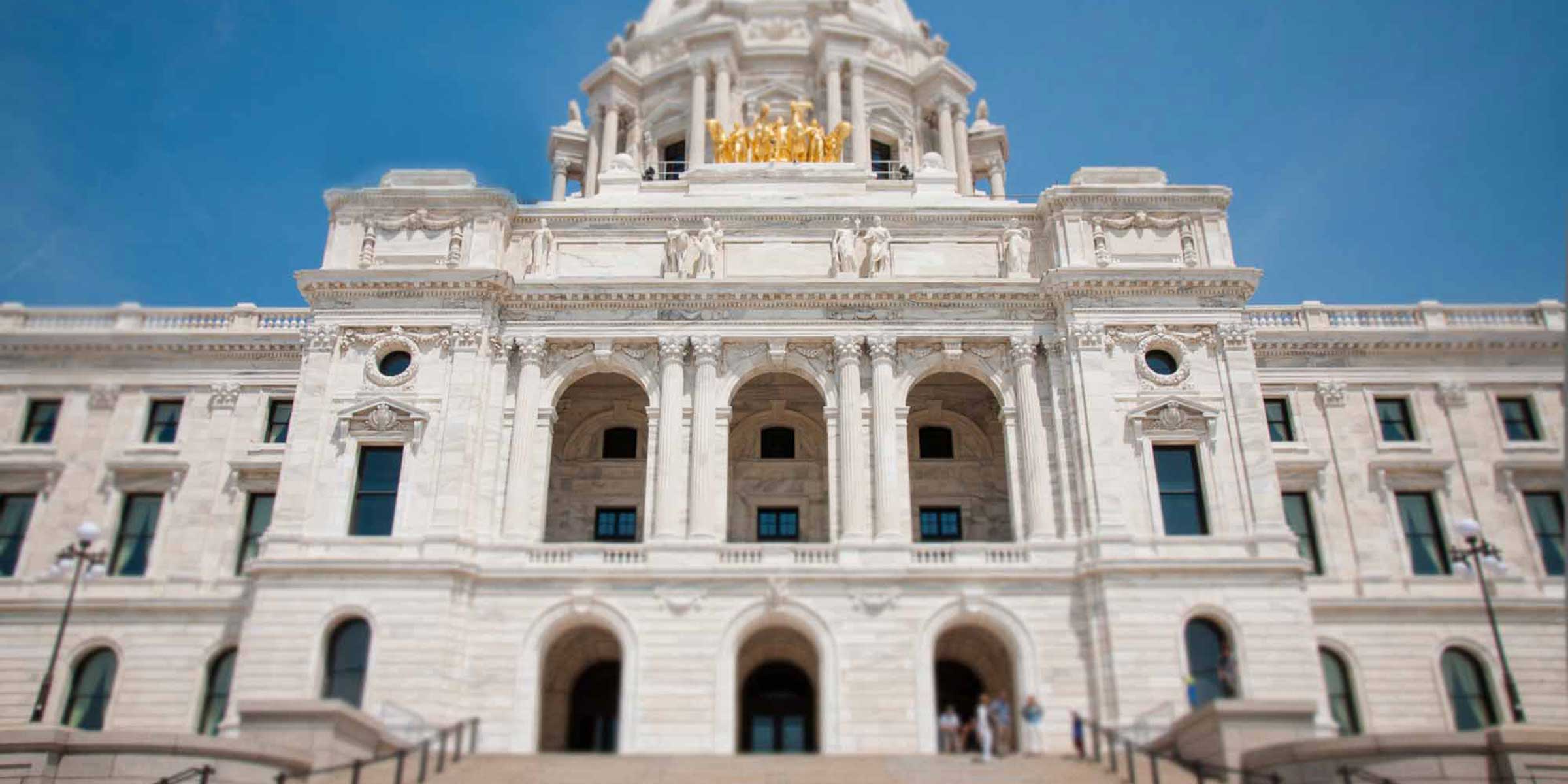 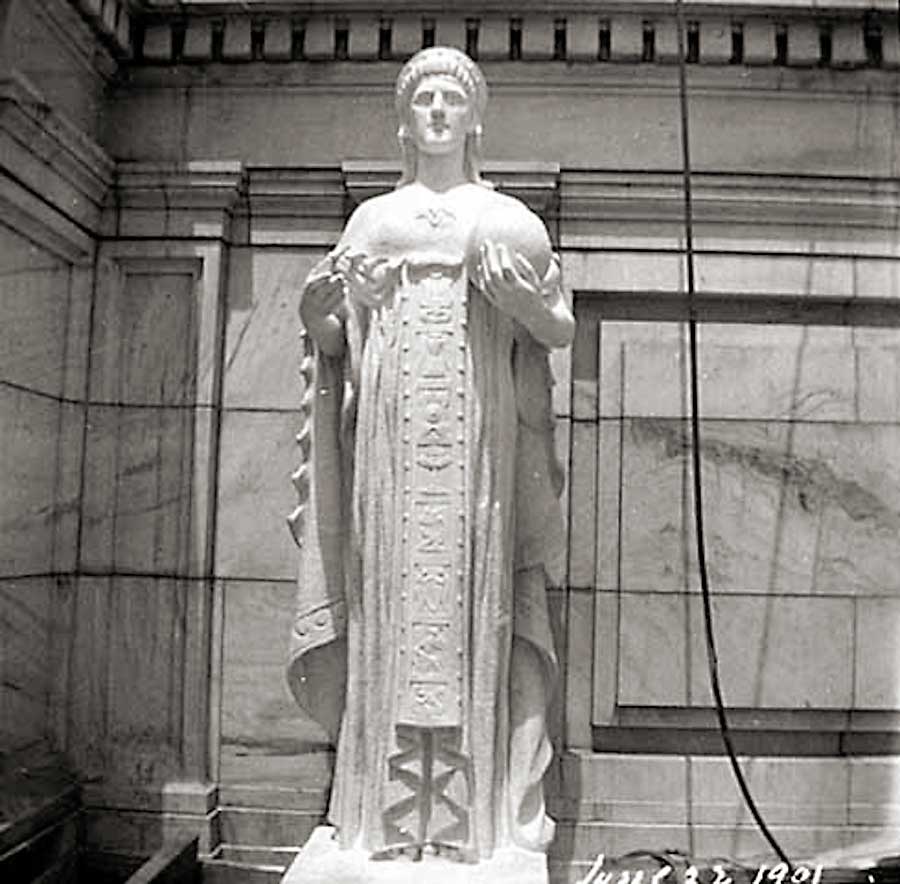 American sculptor Daniel Chester French's creations adorn civic buildings all over the United States. Active in the late 19th and early 20th centuries, French is best known for Abraham Lincoln, the massive seated figure of our 16th president in the Lincoln Memorial.

French collaborated with Gilbert on several projects, including the Minnesota State Capitol. He co-designed "Progress of the State," the Quadriga that sits at the base of the Capitol dome, with Edward Potter. The four horses and chariot, gilded in copper, are visible from a distance. Six human figures--the Virtues--stand beneath the Quadriga, representing integrity, bounty, courage, truth, wisdom, and prudence.

Carved of white marble, and therefore less noticeable than the gleaming Quadriga, today's Virtues are replicas made in 1975-1979, as the originals had deteriorated. French carved half-sized models of the Virtues, and the actual sculptures were carved locally and then installed. The models, indeed, the true originals, have disappeared or been dispersed over the years. The provenances “Truth” and “Wisdom” have been traced, but the locations of the other four are still unknown.

"Truth" and "Wisdom" were donated to the St. Paul Institute of Arts & Science in 1918 by Thomas Holyoke, an architect who worked for Gilbert on the Capitol. The pair moved to the Minnesota Museum of American Art in 1969 and then to a private collection in St. Paul in 1976. They were sold to Hirschl and Adler Gallery in New York in 1982. "Truth" was purchased by the Art Institute of Chicago only two years later. "Wisdom" remained in New York until 2016, when the Boston Athenaeum acquired it. This is perhaps the closest the model has been to its origin, French’s Stockbridge, Massachusetts studio, since leaving for St. Paul in 1901.

The Minnesota Historical Society's off-site storage facility, where many Capitol furnishings are being catalogued and organized, has fragments of the original marble statues as well as full-sized plaster models, believed to be created in the 1970s for the replicas.