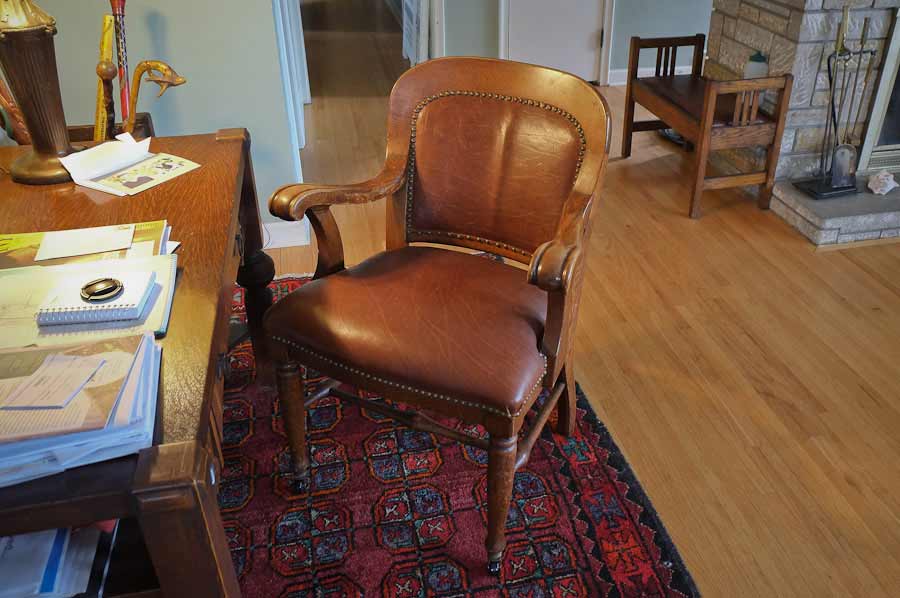 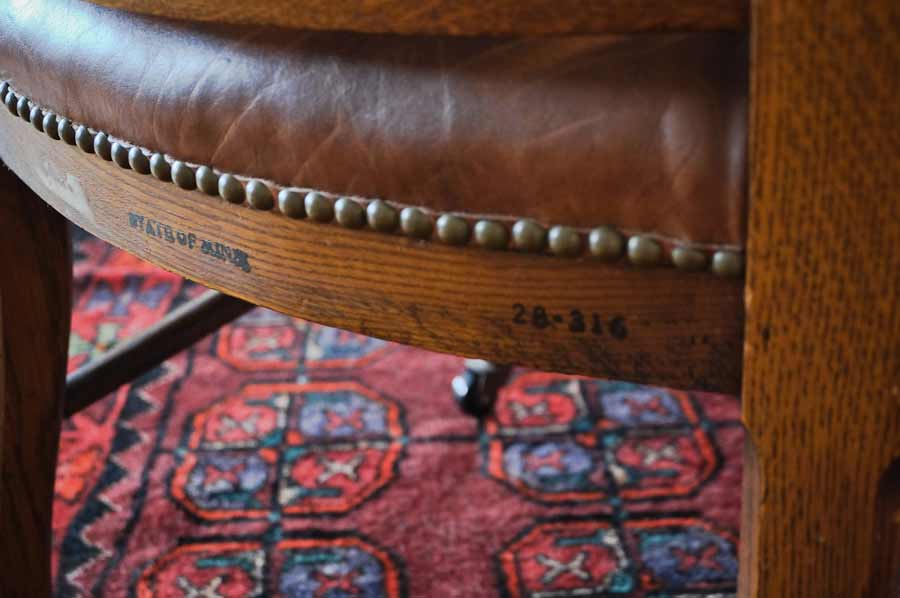 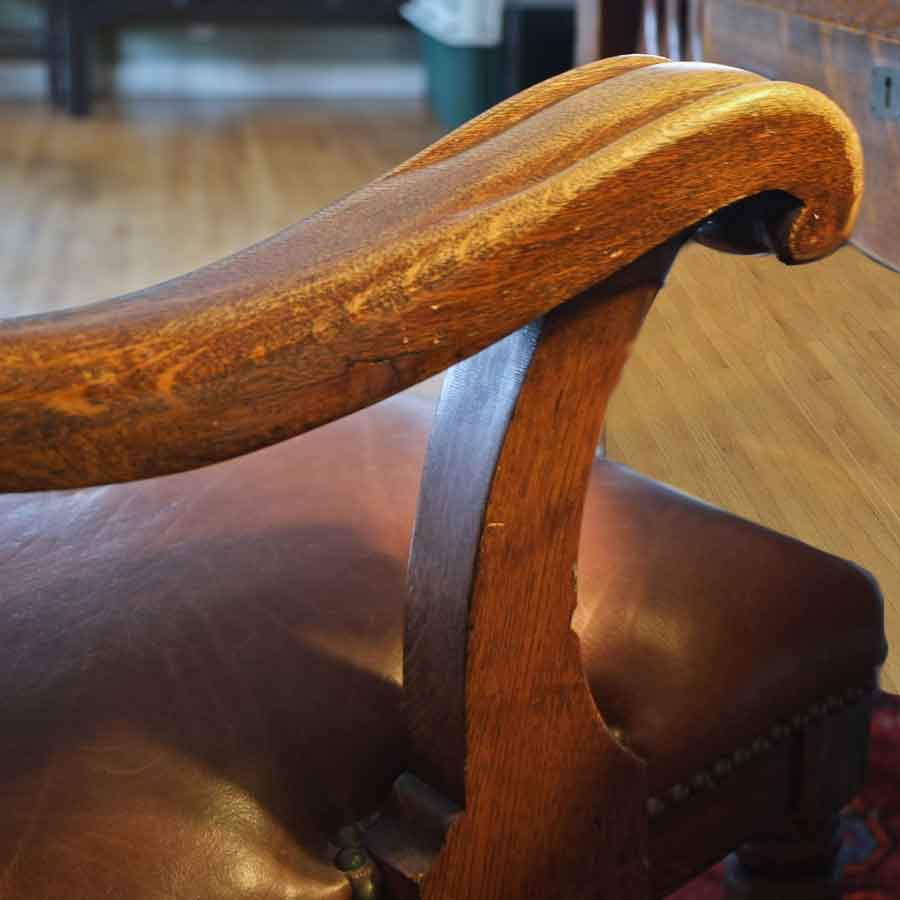 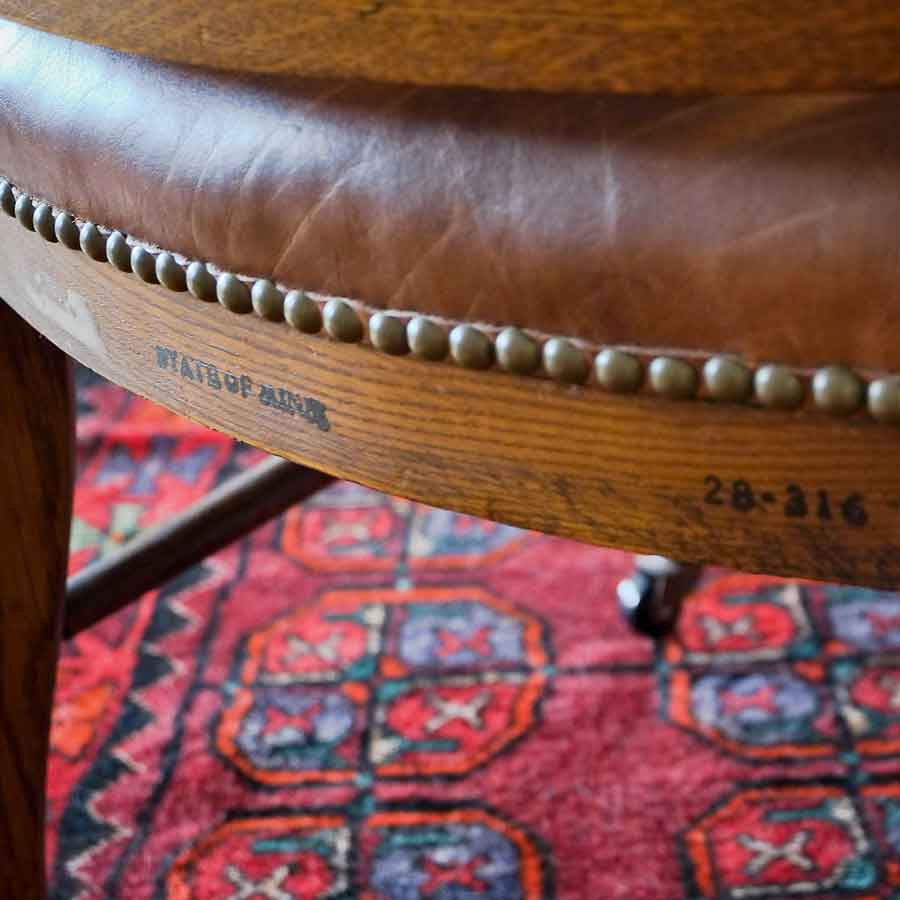 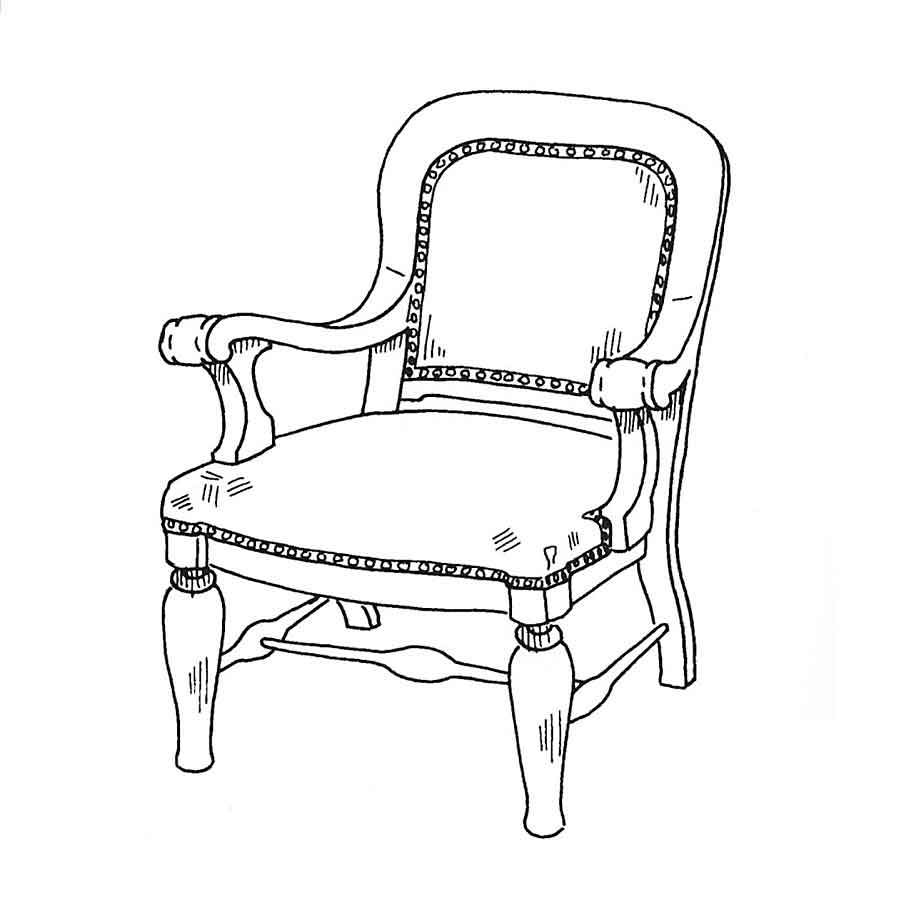 A St. Paul resident inherited an original 573 Armchair in the mid 1990s from his brother, who found it at a rummage sale in Minneapolis in the 1970s. The chair sits in the current owner’s living room, among other antique furniture collected over the past few decades.

The owner recovered the leather seat, which had deteriorated by the time he acquired it. Now, his children use the chair while doing their homework, and it occupies a prominent place in a frequently used room in his home.

Cass Gilbert purchased 173 of the 573 Armchairs for offices in the Capitol. By the late 1980s, only 87 were known to remain in the Capitol and other state buildings. CGS’ furnishings project uncovered three other 573 Armchairs in Minneapolis, purchased at a sale of state furniture in the early 1970s.