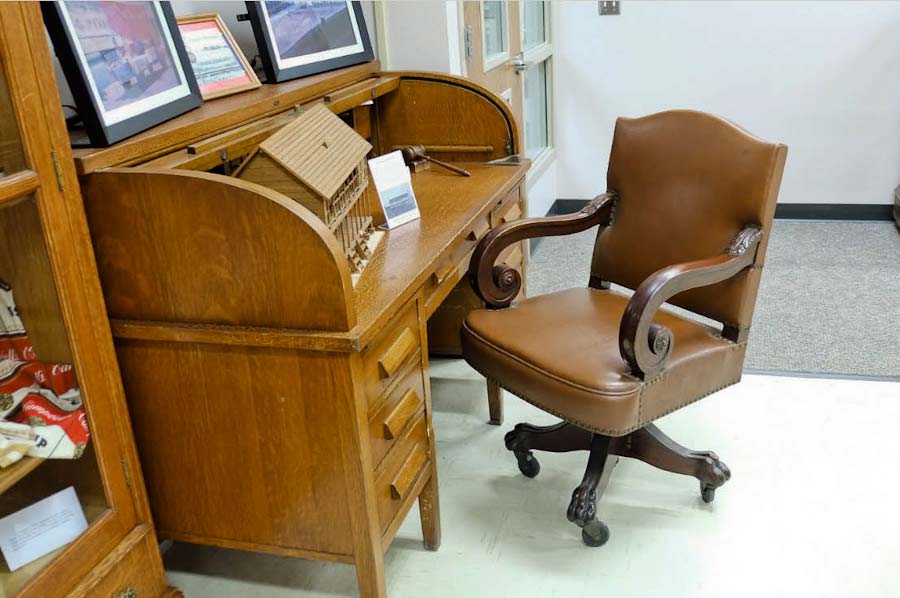 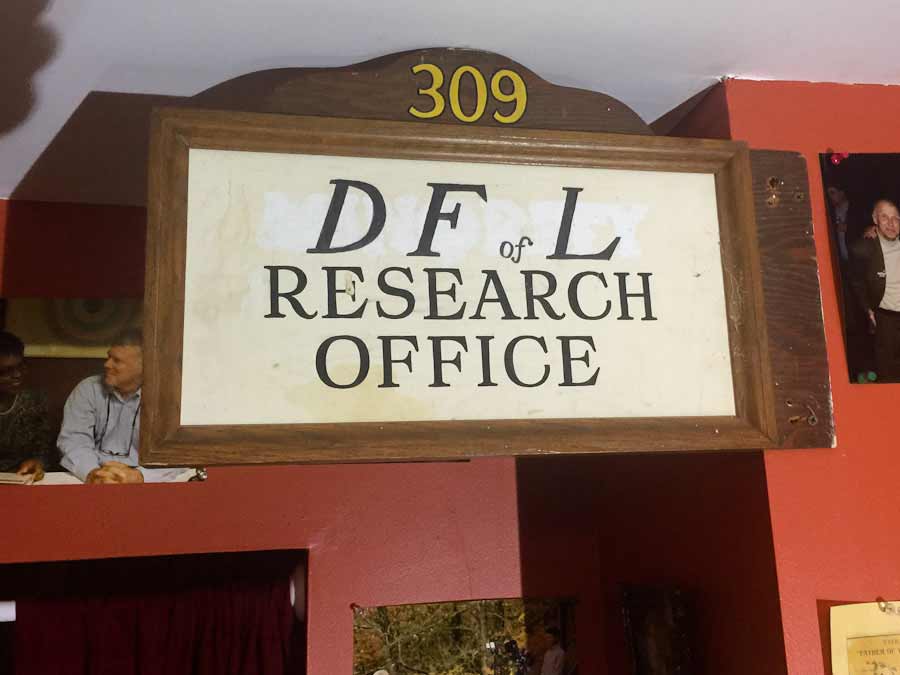 As this project has shown, hundreds of pieces of furniture and fixtures left the Capitol due to redecoration and office moves. Space reconfigurations also called for the addition of items to the building. Like Gilbert’s original furniture selections, these later furnishings eventually moved to different buildings, were sold at auction, or sold to individual legislators.

Some non-original pieces have reappeared over the course of this project. A rolltop desk, likely added to the Capitol in the 1930s, now lives at the Nobles County Historical Society (NCHS) in southwestern Minnesota. These rolltops desks were offered to sitting legislators in 1970 for about $25, around the time the DD Swivel Chairs from the House Chamber were also up for sale. Representative John Olson from Worthington, like many fellow legislators, took advantage of the opportunity and purchased his rolltop desk and DD Swivel Chair. He donated both items to NCHS, where they are displayed for visitors to see.

A former Capitol employee has an old wooden sign that says "DFL Research Office." He recalls the signs hanging outside offices to indicate room numbers and purposes. It is uncertain when the state added the signage, but this sign was clearly posted after 1944, when the Democratic-Farmer-Labor (DFL) Party was founded. They were removed and thrown away in the 1980s during a remodeling project, and the employee grabbed one of the signs from a dumpster. He still has it in his personal office.

Other individuals have contacted the Cass Gilbert Society with items potentially from the Capitol or nearby state buildings, such as the Judicial Building or Senate Office Building. The variety of stories, furniture styles, and paths they have taken helps shed light on (and complicate) our understanding of when and how exactly items left the Capitol Building.