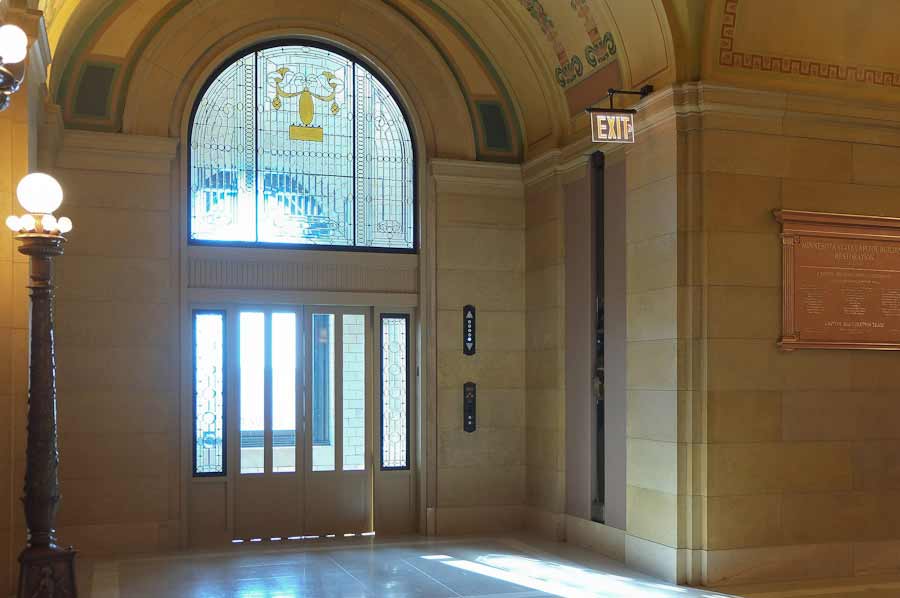 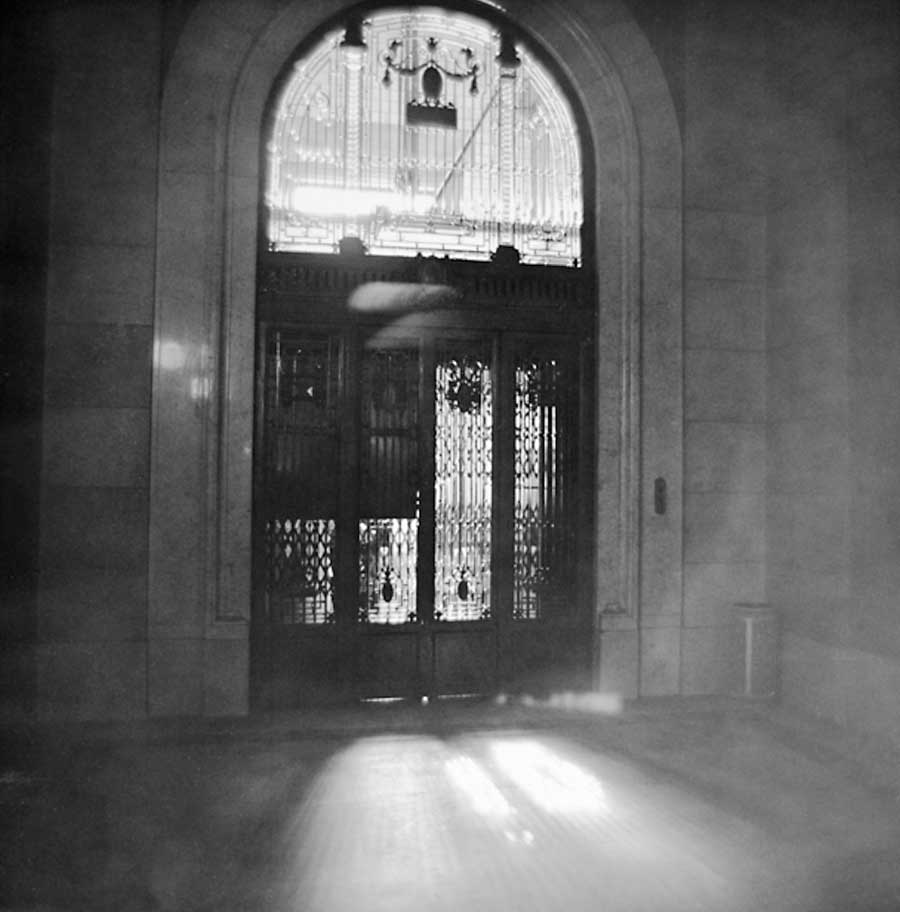 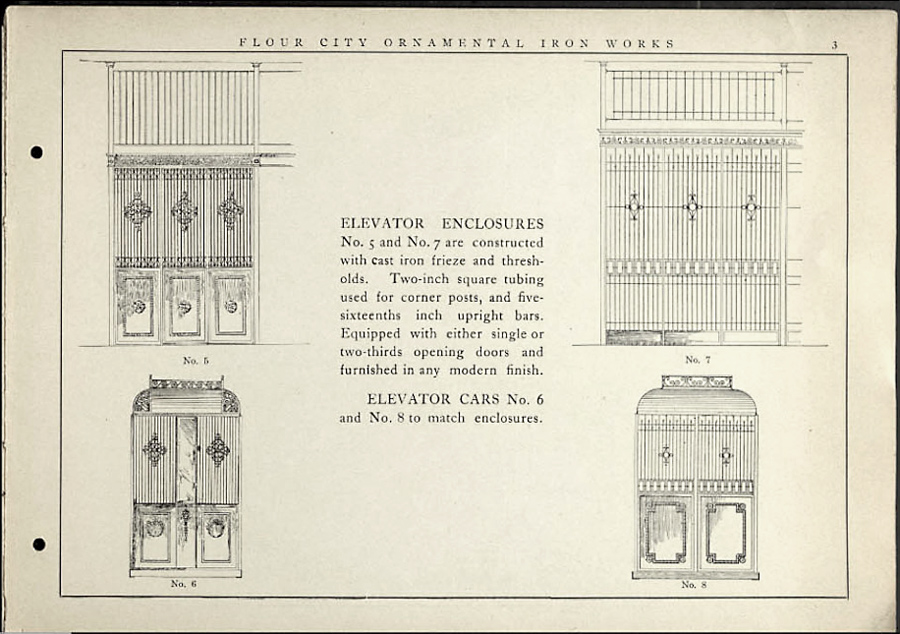 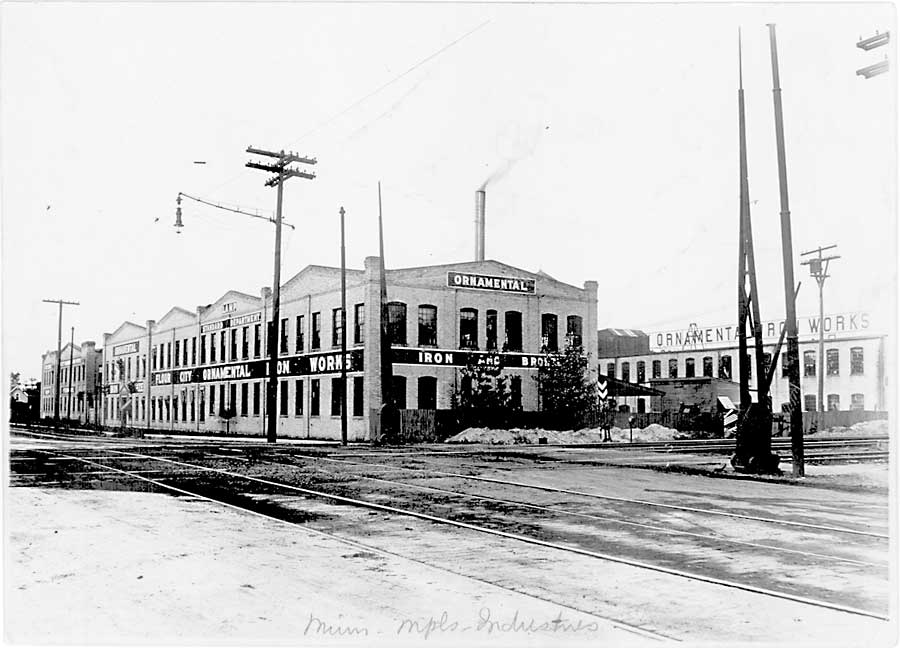 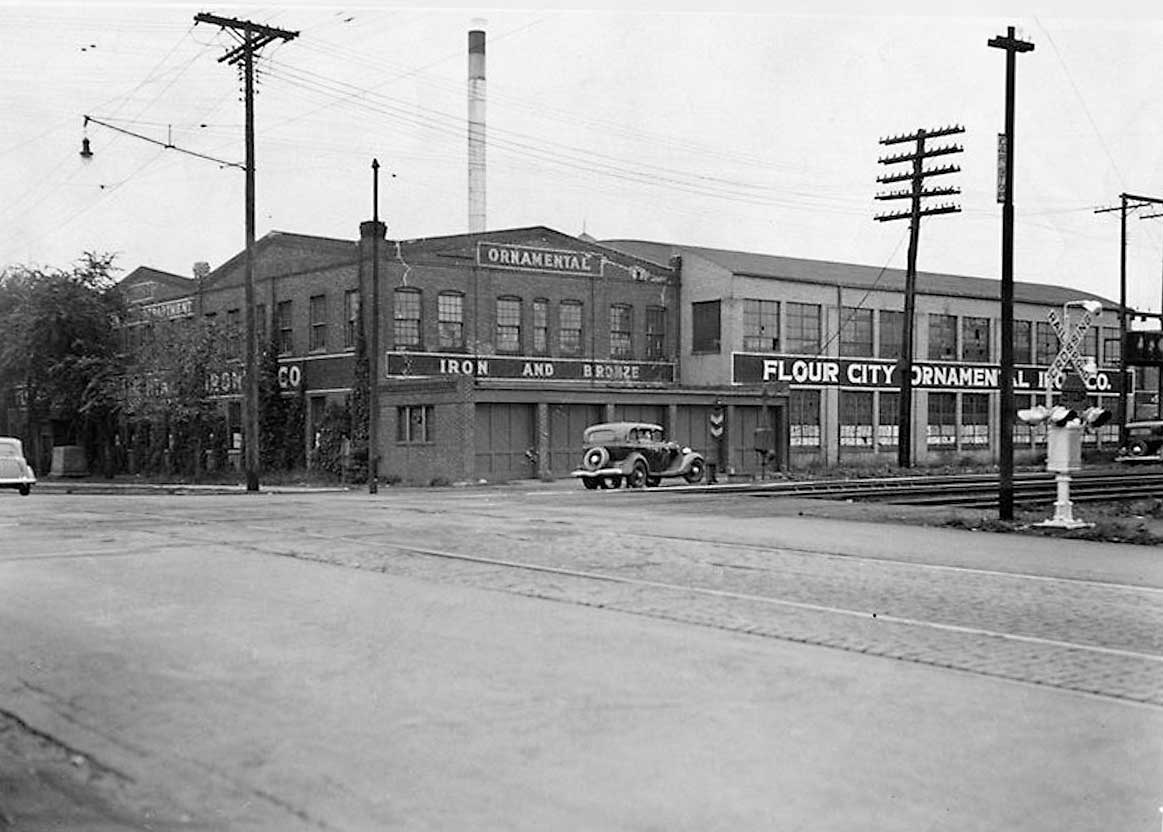 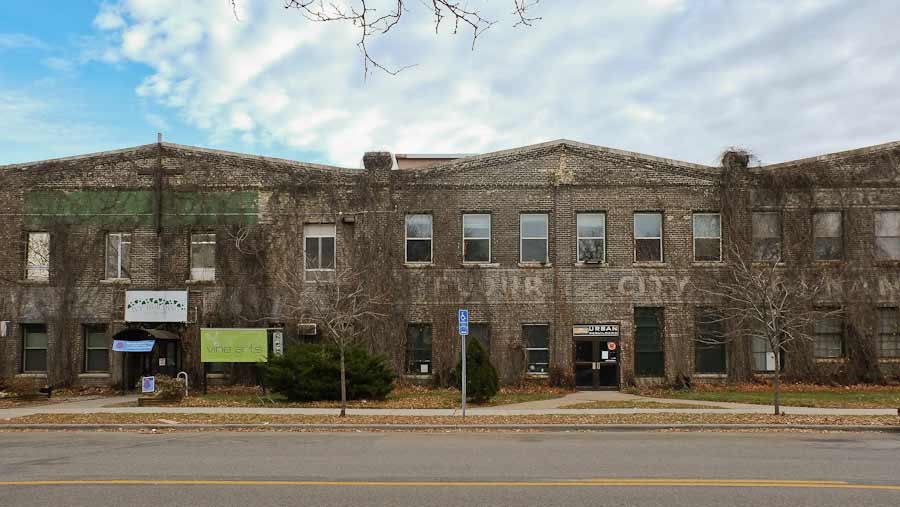 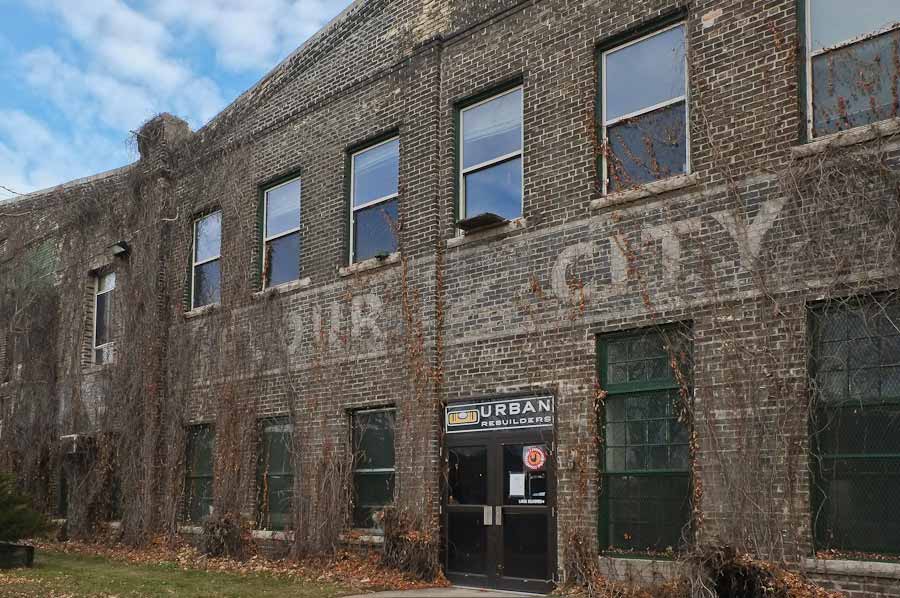 The elevator on the first floor of the Capitol, near the current information desk, originally featured glass doors faced with decorative ironwork. Documentation of the doors is limited to a single blurry, backlit photograph. Perhaps even more confounding, the original cab and doors were removed in 1970, intended to be thrown away, and replaced with a modern stainless steel elevator. The decorative ironwork was produced by Flour City Ornamental Ironworks, a South Minneapolis company.

During the recent restoration, the design team used the sole photograph as a guide to create historically appropriate glass doors. Indeed, the new doors evoke the pattern and style of the originals. Attempting to recreate the metalwork, or even understand what exactly it was, was outside the scope of the restoration project.

The Cass Gilbert Society has traced the ironwork through the mid-1990s. Drawings or photos have still not surfaced, although the New York Historical Society, which houses the Cass Gilbert papers, is believed to have some documentation or correspondence between Gilbert and Flour City.

Tipped off by a former Capitol tour guide, CGS learned that the Capitol's assistant education supervisor discovered the ironwork outside the building in 1970, ready to be thrown away. She did not pay anything for it, and she had it in her home for a couple of years. Around 1972, she and her husband sold the gate to Wells Gustafson, owner of Anthonie’s, a high-end men’s clothing store in Bloomington. Gustafson used the gate on the balcony level of the a-frame building Anthonie's occupied. He recalls the ironwork consisted of several narrow, vertical pieces, roughly 18 inches wide. They prominently featured the lady’s slipper, Minnesota’s state flower. He sold them when Anthonie's closed in the mid-1990s. CGS was not able to trace its current owner.

The fact that the ironwork has been sold several times indicates that it likely still exists, and perhaps a future researcher will be able to track down its current location.