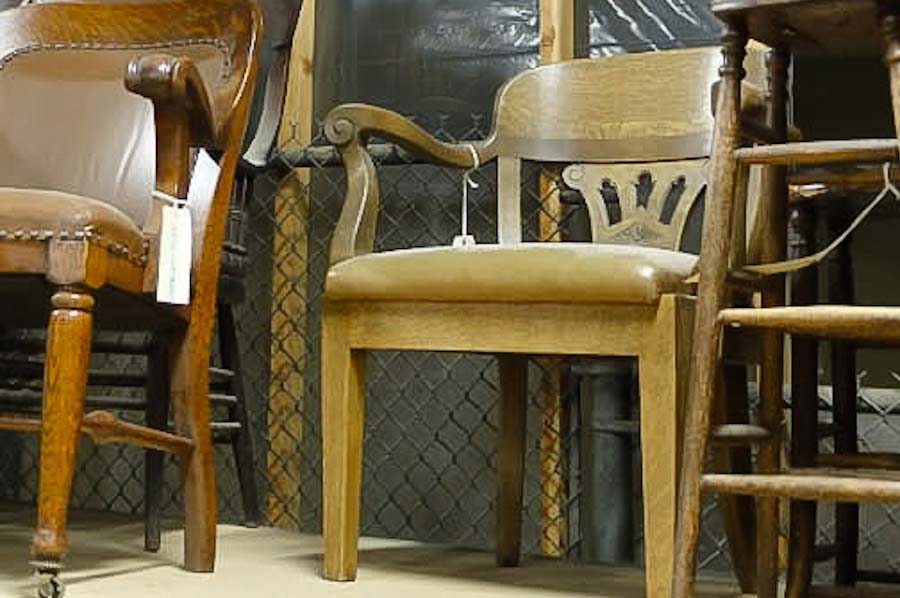 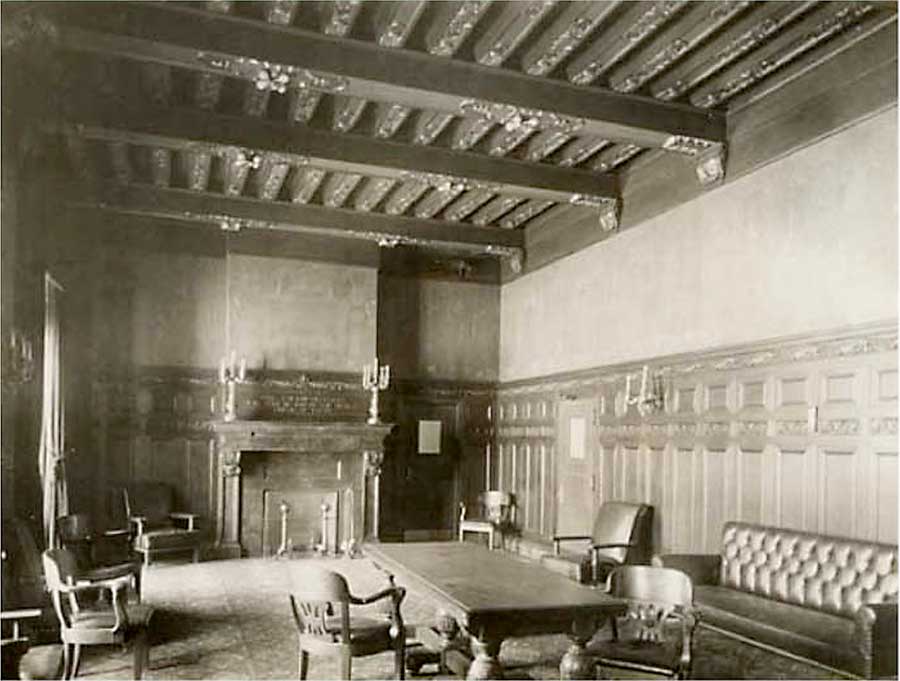 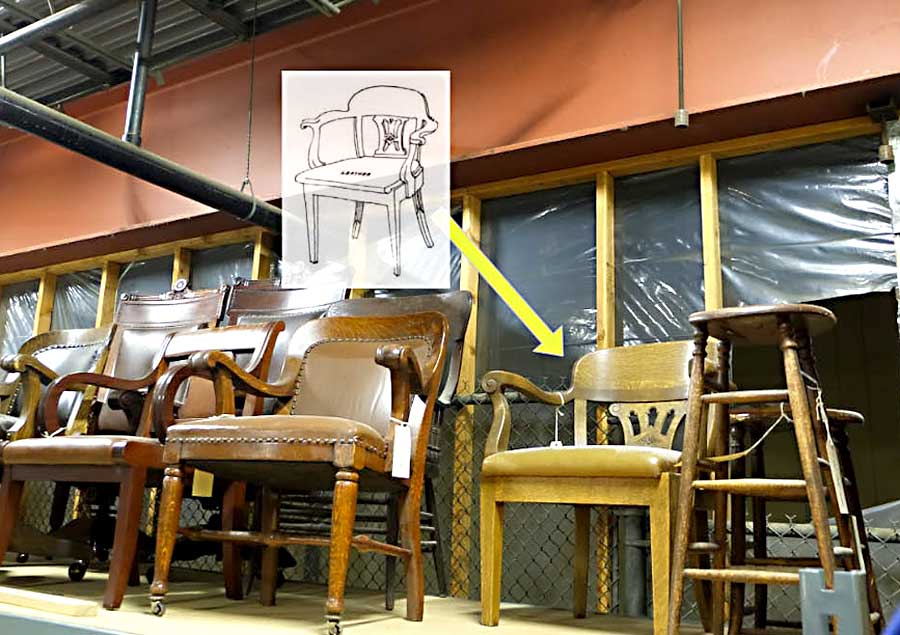 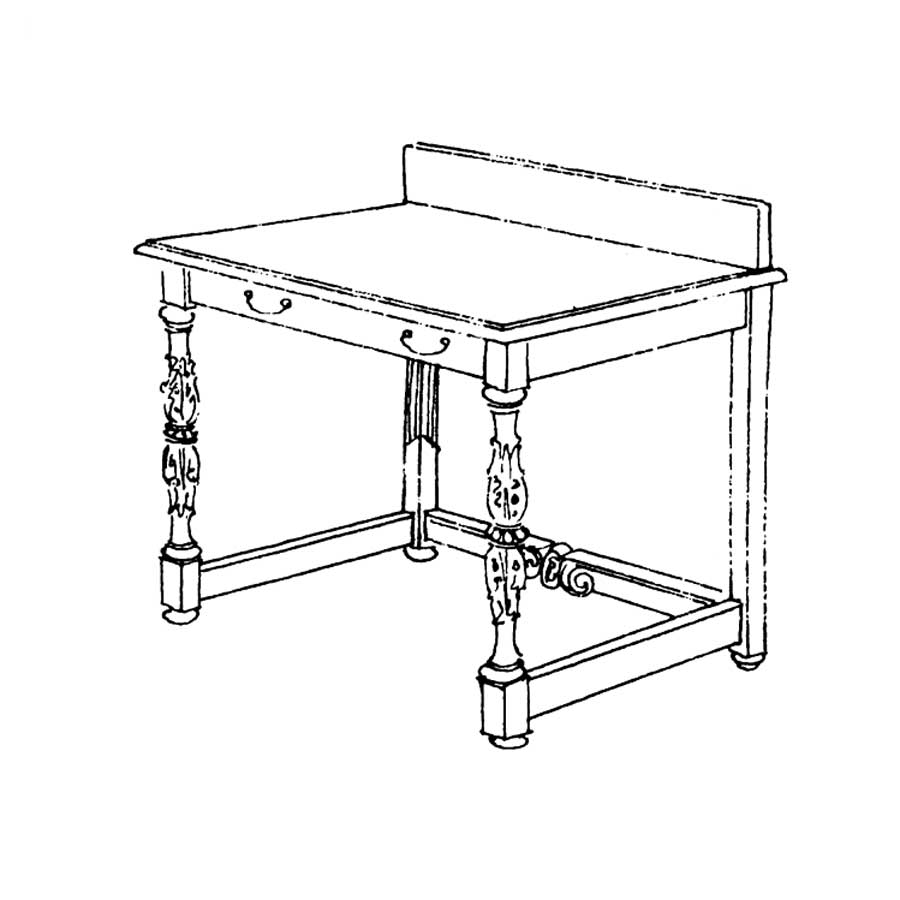 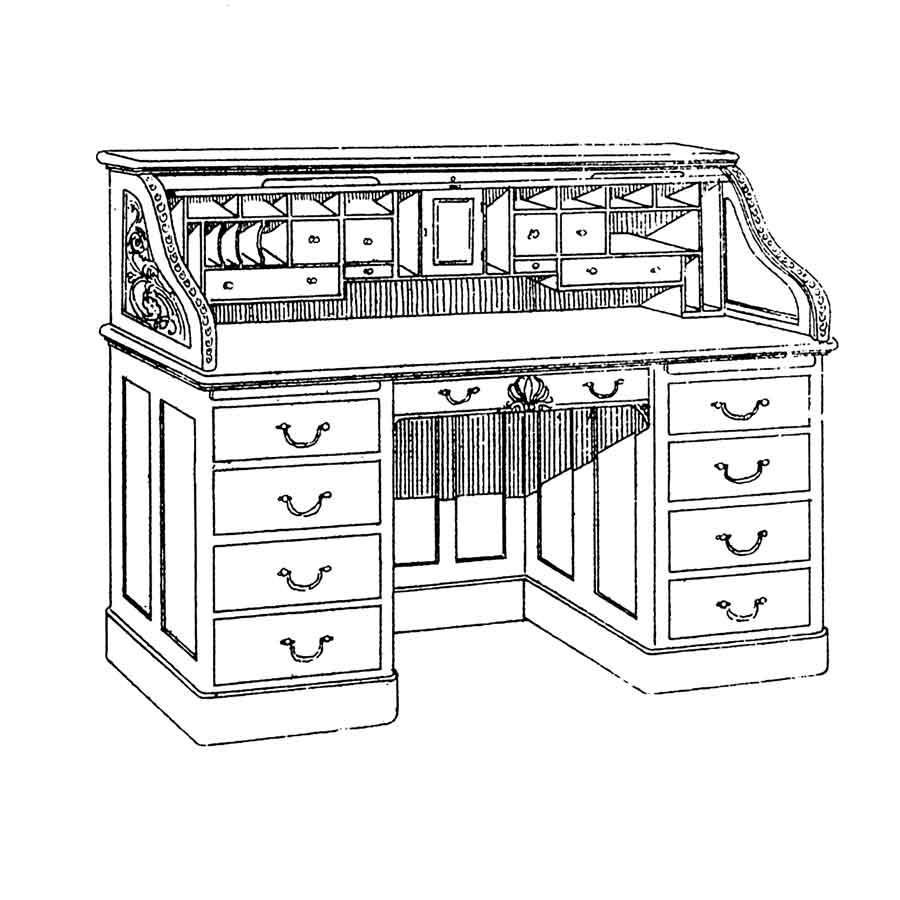 The Cass Gilbert Society’s furnishings hunt did not uncover every style of furniture Gilbert designed. Some of Gilbert’s furniture styles were ordered in small quantities, making them particularly rare. A handful of his designs are no longer extant.

The KK Writing Desk, for example, a Gilbert design manufactured by C.J. Cleaver company in New York City, is not known to exist anywhere. Gilbert only ordered two of the desks, one for the House Retiring Room, and another for the Ladies’ Waiting Room.

Similarly, Gilbert ordered four SS Rolltop Desks from the Derby Desk Company in Boston, Massachusetts. All four occupied the Governor’s Suite of Offices, and all four have disappeared. To find either a KK Writing Desk or SS Rolltop Desk would be a remarkable discovery.

Other furniture styles, such as the RR Armchair, have only one remaining example. Gilbert ordered eight of these to fill the House Retiring Room, and all were thought to be missing until one reappeared during the 1988-89 legislative session. The single example is not used in the Capitol; given its rarity, the Minnesota Historical Society keeps it in storage for safekeeping.