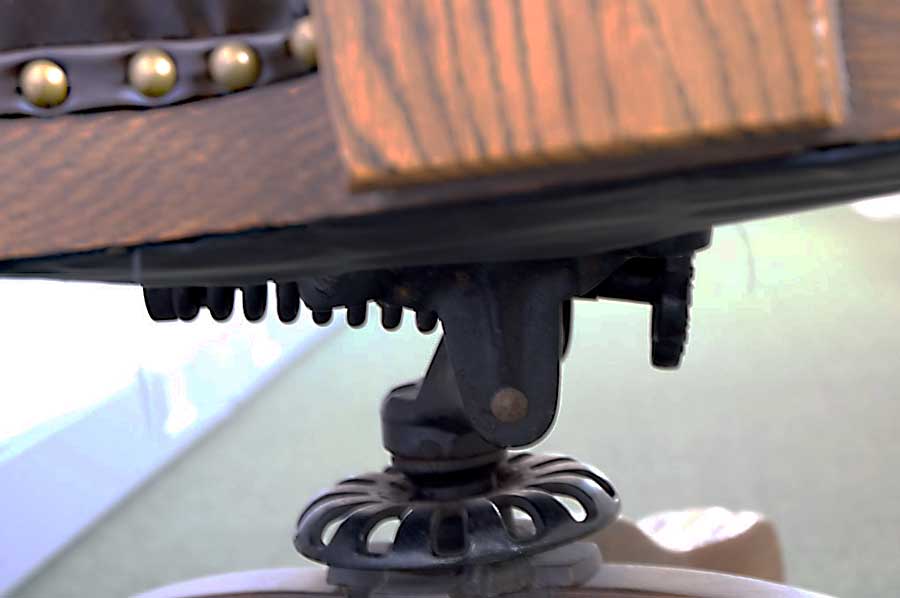 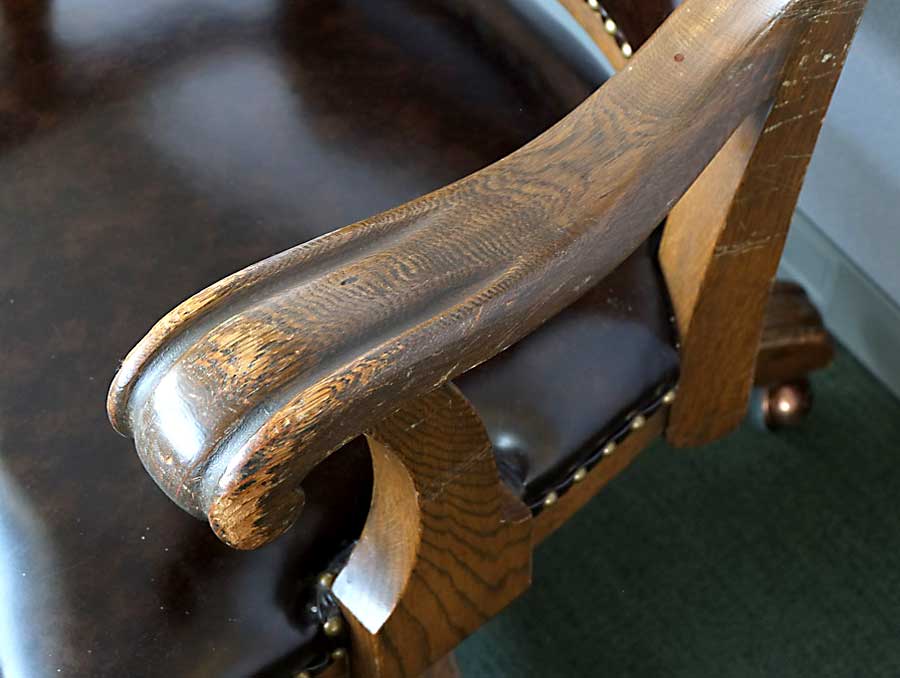 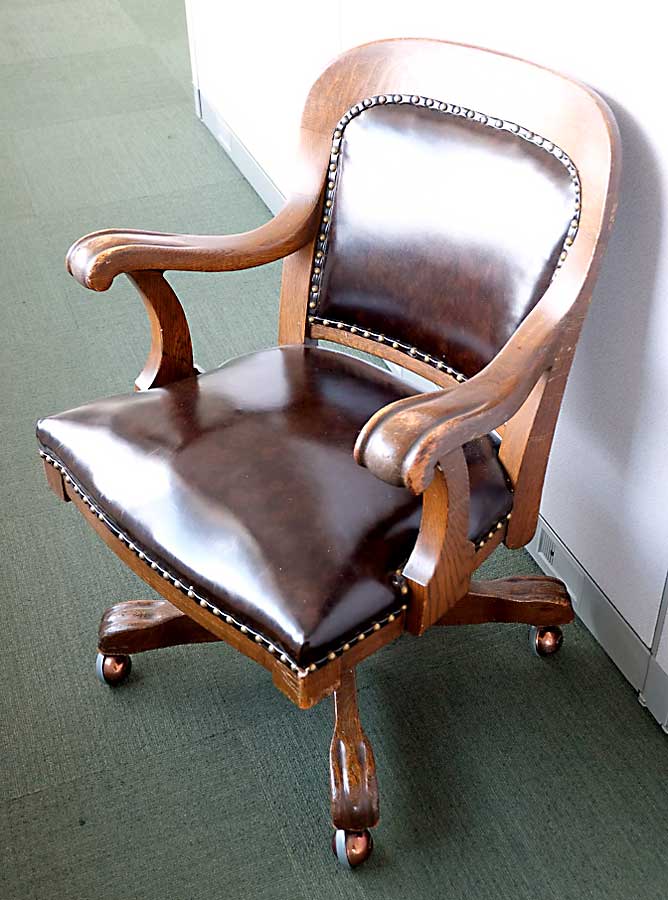 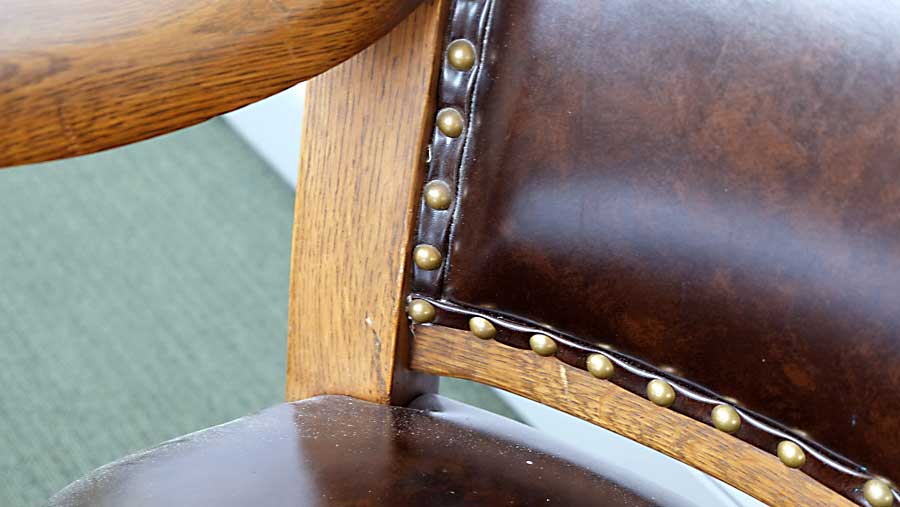 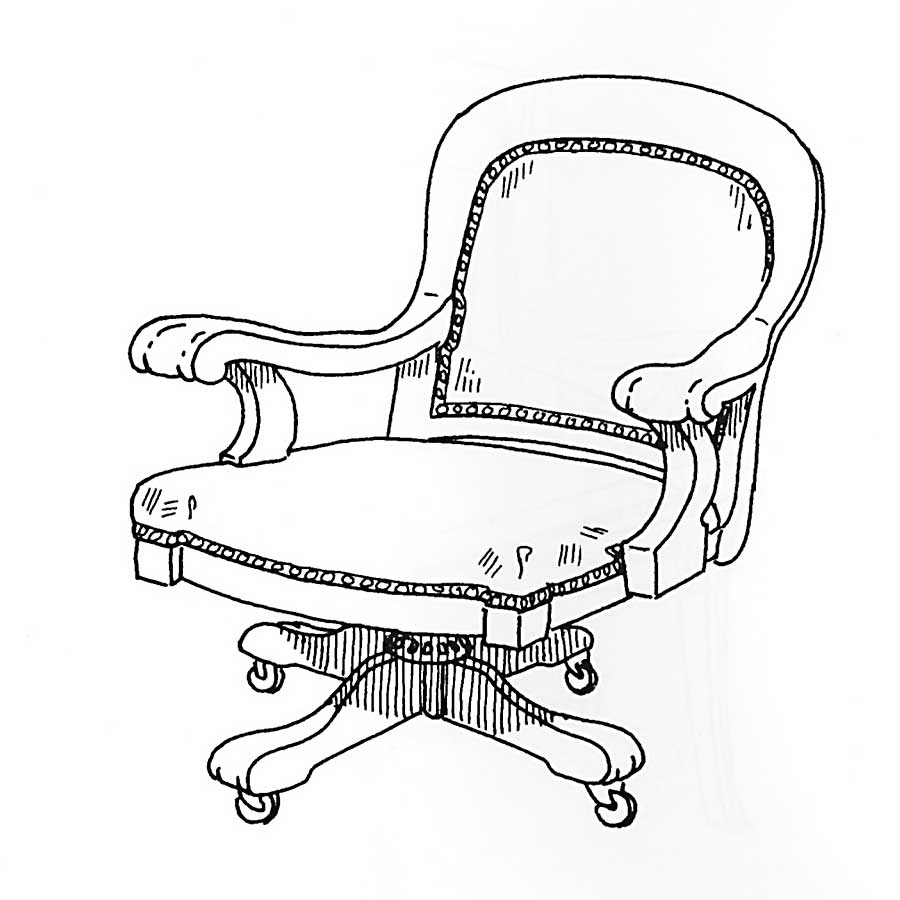 Not Your Average Office Chair

In 1987, the Minnesota Department of Human Services (DHS) underwent a major remodel of their offices at 444 Lafayette Road in St. Paul. During the transition, an employee discovered a lone chair in a vacant office, took it, and has had it ever since. She heard that it came from the Capitol Building, and the previous owner simply didn’t want it anymore. The current owner suspects the chair ended up at the Lafayette building after the DHS moved from the Centennial Office Building back in 1980.

In the mid-2000s, the current owner’s office relocated from Lafayette to the Elmer Anderson Building on Cedar Street. To ensure she could take it along for the next move, the owner contacted the Minnesota Historical Society with photos of the chair. The Society confirmed it was originally from the Capitol, and told her she could keep it. As of 2017, the 573 ½ Swivel Chair has been in her possession for 30 years.

Upon a visit to the DHS offices, the swivel chair stands out like a (beautiful) sore thumb amidst ubiquitous modern office furniture. It is in very good condition.